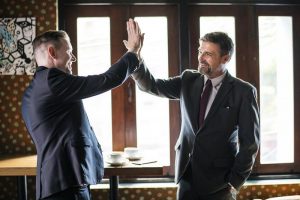 While venture capitalists and the media lavish attention on younger entrepreneurs, like Facebook co-founder Mark Zuckerberg, who founded the social media platform while a student at Harvard, most company founders are considerably older.

And seasoned entrepreneurs may actually have an advantage when it comes to starting and growing successful companies, a new study finds.

The average age of folks who founded the highest-growth companies was 45, according to “Age and High-growth Entrepreneurship,” authored by Wharton’s Daniel Kim, Northwestern University’s Benjamin Jones, MIT’s Pierre Azoulay and Javier Miranda, principal economist at the U.S. Census Bureau.

The average age of anyone who founded a company with at least one employee was 41.9 years.

“What we’ve found to be the most supportive in really explaining this link between age and entrepreneurial success was prior experience,” Kim, a professor of management at Wharton,  said in an interview for the Knowledge@Wharton podcast. “The number of years that one spends in the same industry as the startup was predictive of that company’s future performance.”

The experience those extra years bring is an advantage, Kim said. Older entrepreneurs, because they have been around longer, may also have more personal wealth, and more connections to potential employees and suppliers.

Click here to read Wharton’s interview with Professor Kim and listen to the podcast.

The Delaware Division of Small Business wants to help you start and grow a business in Delaware.