The Small Business Unit, which is comprised of four Regional Business Managers (one four each county and Wilmington), is on the front lines of the Division’s business assistance efforts. Through direct outreach, phone calls, website contacts, social media and more, small business owners inside and outside Delaware connect with these staff members for help with a range of issues as varied as the companies themselves.

During FY 2019 the unit worked with approximately 300 businesses, ranging from cupcake shops to chemical companies. The Business Resource Managers worked one-on-one with small business owners helping them resolve regulatory issues with state agencies, access capital and find locations. The Business Resource Managers also helped dozens of small business owners prepare for various stages of the EDGE Grant application process including helping them with their applications and preparing the finalists for their presentations to a panel of judges. 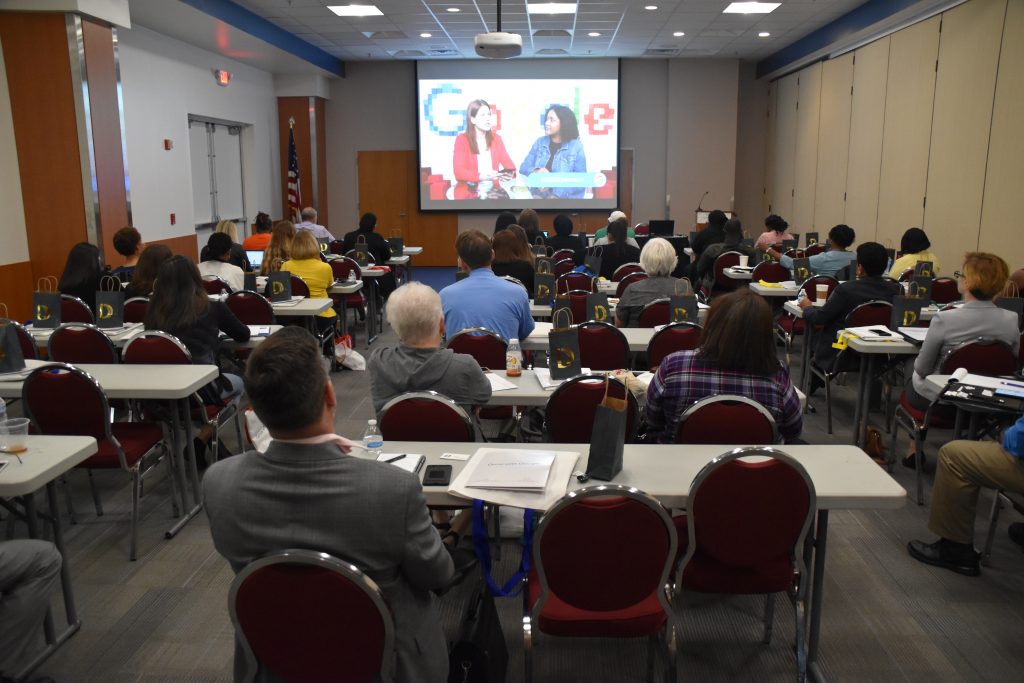 Make Me a Match

The Division, working with the New Castle County Chamber of Commerce and other partners, also hosted two Make Me a Match networking events at the Emerging Enterprise Center during which small business owners met with representatives of larger companies that might be interested in purchasing their goods and services. The day-long events included panel discussions and speed networking.

For National Small Business Week, DSB held a Google My Business workshop. Experts taught small business owners how to claim and then more effectively utilize the listing for their business on Google to attract customers. More than 30 businesses participated in both the web-based and in-person portions of the seminar at Delaware Technical Community College in Dover.

The Division of Small Business administers Delaware on Main, which serves as the statewide coordinator for the National Main Street Center’s efforts to revitalize and preserve the nation’s downtowns and commercial corridors. In calendar year 2018, the seven cities or towns that are accredited or affiliate program members accomplished the following:

Staff members of the Division of Small Business help connect the state and business community across Delaware throughout the year by serving on various boards/committees and presenting and speaking at a multitude of events and to numerous organizations.

The mission of the Delaware Tourism Office (DTO) is to attract out-of-state visitors to Delaware. Tourism is a vital part of Delaware’s economy, accounting for $3.4 billion in GDP. The industry employs more than 43,000 people, making it the state’s 4th-largest private employment sector. Without tourism, each Delaware household would pay an additional $1,468 in taxes annually. Here’s an update on DTO FY19 initiatives. 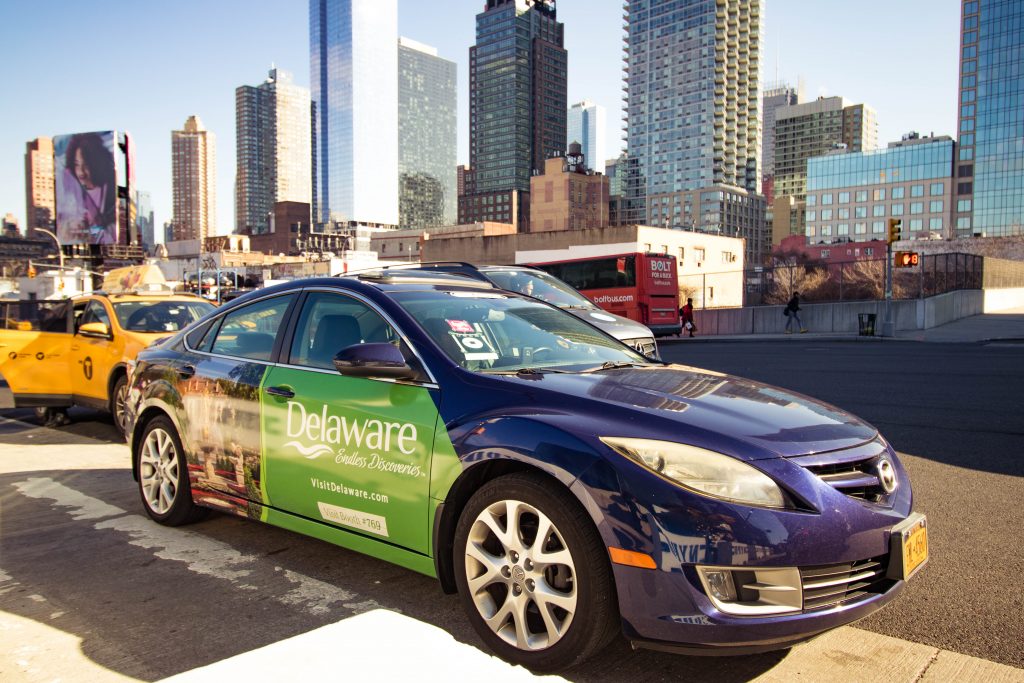 DTO partnered with Google to increase the state’s tourism presence across the platform by providing enhanced photos, video and 360 degree images, in addition to listings for top Delaware attractions. Since January 2019, the photos have been viewed more than 525,000 times.

A workshop organized and hosted by DTO attracted industry professionals from throughout Delaware to hear from a vice president at TripAdvisor and a Google expert, who shared best practices for digital marketing. The event received tremendous feedback, which lead to a second, hands-on workshop for attendees to receive one-on- one assistance for their businesses and organizations.

Firefly Music Festival attendees had a new way to get to the festival grounds with the Visit Delaware shuttle service, a partnership between DTO, DART, the Delaware Office of Highway Safety, the Delaware Lottery and the Firefly Music Festival. The shuttle, which sold out, provided safe transportation for festival attendees from hotels in northern and southern Delaware to the fun in Dover. 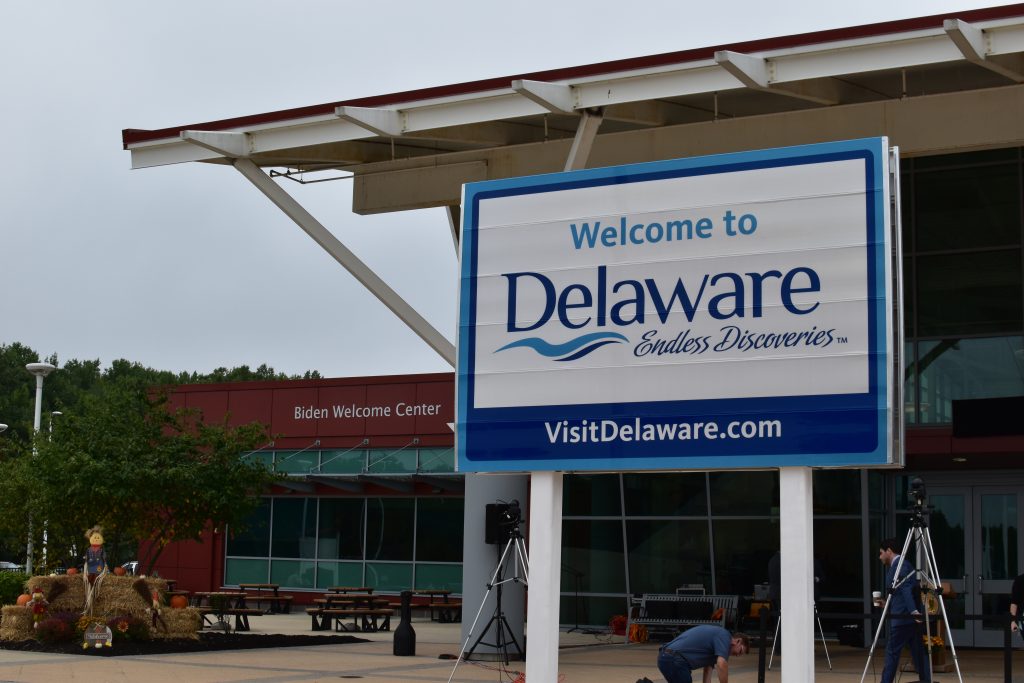 Tourism worked in a partnership with the Delaware Department of Transportation to install “Welcome to Delaware” signs at the Biden Welcome Center on I-95, on the Nassau Bridge in Lewes and in the corridor leading into Fenwick Island from Maryland. The new signs introduce Visit Delaware’s branding to additional travelers.

DE on Tap continues to brew

The DE on Tap mobile app continued to grow, adding more breweries and other craft beverage makers, including Wilmington Brew Works and Volunteer Brewing Company. DE on Tap sponsored the 50th anniversary races at Dover International Speedway, providing local flavor to the popular weekend. DTO also increased the number of out-of-state events it attended to promote DE on Tap, such as the Philly All-Star Craft Beer, Wine and Cocktail Festival and the Philly Craft Beer Festival.

DTO worked with the festival organizers to drive awareness, which increased attendance and food sales at the annual event, held in October.

Slam Dunk to the Beach hits the court

The tourism office is a sponsor of, and provides coordinating assistance to, the popular high school basketball tournament held annually at Cape Henlopen High School. The tournament attracts top teams from around the nation and future college/NBA stars including Mo Bamba, Cam Reddish and Donte DiVincenzo.

The Communications unit provides public relations and marketing support for Division services and programs that promote small business growth and economic opportunity in Delaware. Through integrated messaging that employs a mix of online, broadcast and print advertising, social media, earned media, marketing materials, sponsorships and in-person contact, the team presents a favorable impression of the state to small business owners, other residents, government officials and more.

The Division of Small Business introduced a new website packed with features business owners said they wanted, including a statewide calendar of events, direct links to each of the Division’s Regional Business Managers and the Business Resource Connection, an interactive directory of more than 300 programs offered by nearly 100 organizations. Communications worked with the Government Information Center and the Department of Technology and Information on the new website, which was recognized with an award from the International Economic Development Council.

Between its launch in January and the end of FY19, the Division’s website attracted 25,000 users with nearly 500 people reaching out to the Division through the site’s contact form. Sixty percent of visitors came from Delaware and 21 percent from bordering counties. Their most common needs were finding access to capital (funding) and business planning assistance (starting a business). 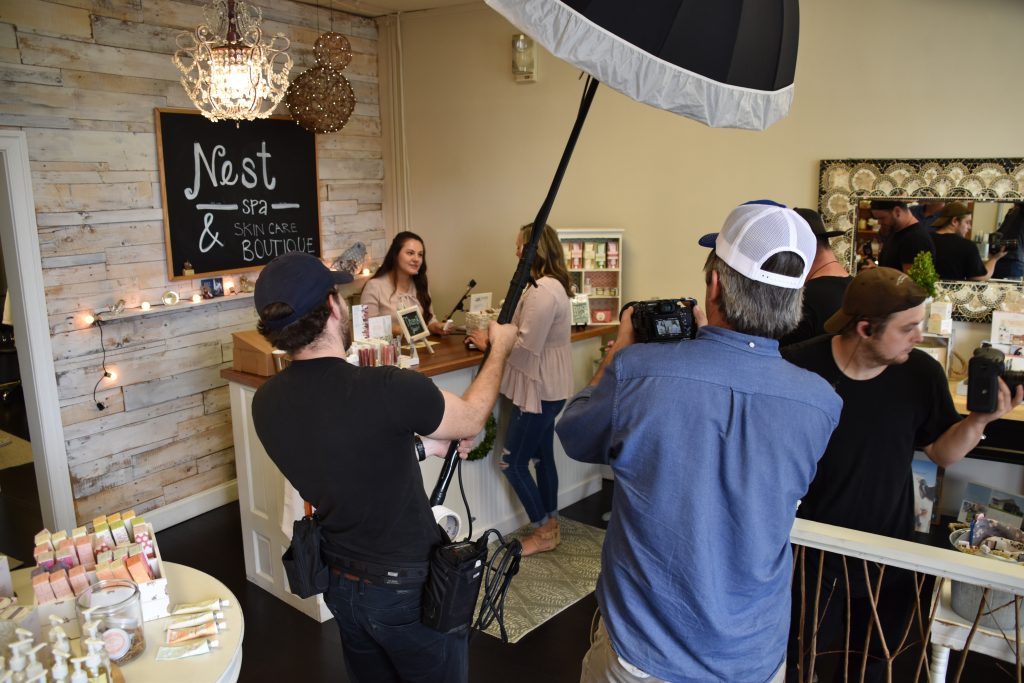 The Division launched a comprehensive multimedia advertising and marketing program. The well-received campaign placed ads on radio and in numerous local and regional print and online publications. It introduced key stakeholders and the general public to the Division and the services it offers small business owners. Content for the ads, which was also used on the Division website, came from a three-day photo and video shoot at more than one dozen businesses in all three Delaware counties.

The Communications team publicized numerous Division programs. In addition to promoting events, like Make Me a Match and Google My Business, the team organized press conferences with Governor Carney and distributed multiple news releases.

Staff also responded to requests from national and local media, including: 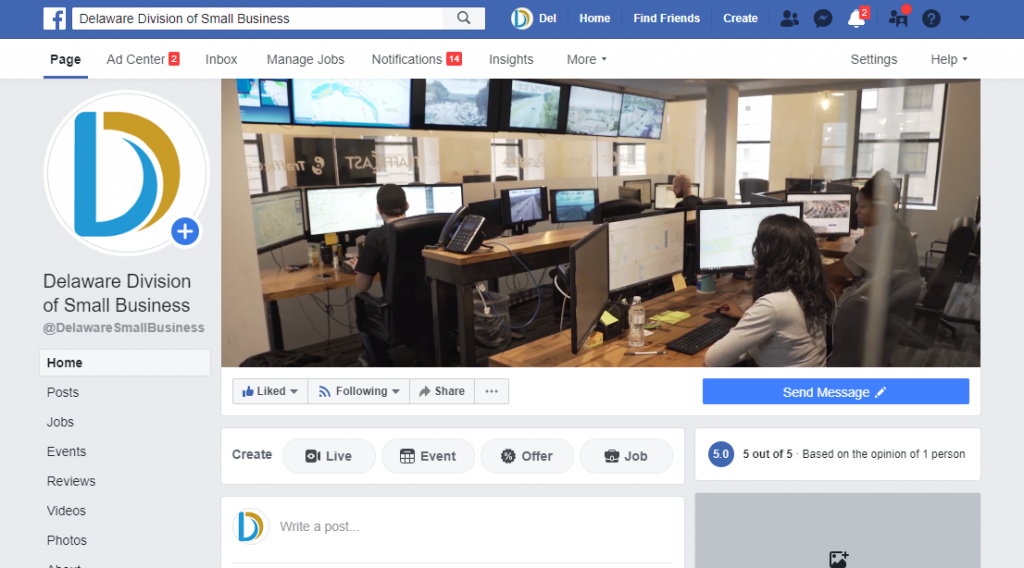 The number of followers for the Division’s social media accounts increased substantially over the fiscal year, demonstrating the relevance and importance of the Communications team’s digital efforts. Facebook posts received 1.04 million impressions, and tweets got 317,000. Additionally, a blog was launched on the Division website focusing on news of interest to Delaware’s small business community, stories highlighting area small businesses and updates from Delaware state agencies that affect small business.